Poinsettias have long been synonymous with Christmas. They can be found in every seasonal display in community centers, retail stores, churches, schools and homes. It’s Just For You offers endless poinsettia deliveries during the holiday season. Poinsettias have enjoyed a long and interesting history in the United States to get them where they are today. Read on to learn more, and then place your order for Christmas poinsettias in 77084!

Poinsettia flowers are actually a special kind of leaf known as bracts. If you look closely, you’ll notice that the red petals of a poinsettia are truly colorful leaves. The plant is native to Mexico and Central America, where they bloom in the winter season. The ancient Aztec civilization called poinsettias cuetlaxochitl and used them to make cosmetics, medicines and clothing dyes.

No one knows exactly how the vibrant red poinsettia plant became so associated with Christmas, but the leaves are considered by some to be a symbol of the star above Bethlehem which led the three wise men to the baby Jesus in the Christmas story. The poinsettia’s red leaves are also said to symbolize the blood of Christ, while the white symbolize his purity.

In Mexico, a legend akin to that of the little drummer boy is told about the poinsettia plant. As the story goes, a little girl had nothing to bring to the baby Jesus on Christmas Eve. She was sad until her cousin told her that even the smallest gift given by someone out of love would make the baby Jesus happy. The little girl picked some flowers, and when she laid them down in the church, they turned bright red. Poinsettias were then called flowers of the holy night, or flores de noche buena.

The poinsettia plant got its current name from a man named Joel Roberts Poinsett. In the mid-1800s, Poinsett was the first ambassador to Mexico from the United States. While traveling in Mexico, Poinsett became very interested in the plant. He ended up sending some of them back to his home in South Carolina, where he began growing them in greenhouses and sending them to botanical gardens and friends. As the plant began increasing in popularity, it was sold as cut flowers. Eventually, in the early 1900s, poinsettias began to be sold as whole plants in pots and for landscaping. The Ecke family from California were among the first to sell whole poinsettia plants, and they are still in the business today.

However they happened to become associated with the season, poinsettias are now nearly as universally recognized as the Christmas tree as a special holiday decoration. They can brighten any holiday table or display. Place them on your mantel or around your tree. Get many to place on every step of a stairway or in every window of your living room. Send a poinsettia to everyone on your gift list this year. Their festive holiday cheer can brighten any room or any loved one’s day. Contact It’s Just For You in Houston for all of the poinsettias you need this Christmas in 77084! 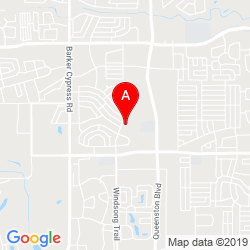